What Is A Squint?

A squint is a misalignment of the two eyes so that both the eyes are not looking in the same direction.

Usually the squinting eye turns in, but it may turn out, up or down. Squints can sometimes also alternate between the eyes – the eyes take it in turns to squint.

Squints may be visible all the time or only when the individual is tired or focusing on an object close to them.

What Causes A Squint?

The exact cause of a squint is not fully understood. They occur when the muscles controlling eye movement are not balanced and working together. This may be due to muscular weakness, their positioning or faulty brain and nerve control.

Most people with squints are born with them. There is a strong hereditary link although sometimes there may be no other family members with one.

Childhood illness such as measles or chickenpox can often unmask squints that were previously present but controlled and therefore not noticeable. Such diseases can weaken muscle control, allowing squints to become visible.

In adults who have never previously had a squint, the most common cause is illness or injury. Head traumas, cardiovascular disease and tumours can damage one or more of the nerves that supply the muscles that moves the eyes.

Focusing errors can also be a cause. In some adults and children focusing to correct long sight induces a squint. This happens because there is an indirect connection between the muscles that turn the eye in and the focusing muscles. The nerves that supply these two muscles share the same pathway. If a signal is sent to focus the eyes, it will also make the eye inadvertently turn in as the other nerve is also stimulated. In this type of squint, wearing glasses or contact lenses to relax the focusing will keep the eyes straight.

These can sometimes be seen in infants under the age of 12 months, but most commonly they are detected around the age of two years.

Pseudosquints: Some babies have the appearance of a squint due to a wide bridge of the nose or poor focusing, but this appearance is lost as the vision and face develops. A child with a true squint will not grow out of it.

What Are The Effects Of A Squint?

If the two eyes are not pointing in the same direction, double vision will result. Adults who develop a squint will suffer from this. In children however, the brain will automatically suppress the image from the squinting eye, to overcome seeing two of everything.

Blanking off one eye in this way will lead to a lazy eye and poor stereoscopic vision.

What Is A Lazy Eye?

This is an eye that even with glasses or contact lenses cannot see very well. It may only be able to read the top few lines of a letter chart.

The most common cause of a lazy eye is a squint, but it can also be due to large uncorrected focusing errors.

Why Is The Eye Lazy?

In order for an eye to see well, it must be used from a very young age. This is because using the eye sends signals to the part of the brain that deals with processing of images. This in turn stimulates the formation of neural connections and terminals required to see finer detail.

Humans are not born with all the neural apparatus in place. It gradually develops from birth through to the age of seven, but will only develop if the relevant part of brains’ visual cortex is stimulated.

If the signals from an eye, such as one with a squint, are blanked off the eye will be lazy.

How Are Squints Detected?

Large squints are visible – the eyes appear obviously misaligned. Smaller squints are usually not seen simply by looking at the physical appearance. It is therefore important for children to be examined properly.

A number of tests are done during an eye examination that will check for their presence. These include:

• Checking the sharpness of vision present

A Full Visual Assessment will reveal where significant help can be given. 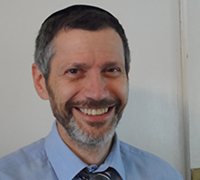